Solid State Is the Way to Go Whenever you ponder the purchase of a new computer, one important specification that you likely consider is its data storage. This was especially the case when you considered a new machine for family use—there are a lot of documents and photos to store, and any kids you have will want to fill it with games and other apps. Nowadays, it’s a little different. Rather than focusing on storage, you’ll want to focus on the computer’s speed. Let’s get into it a little further.

For most users, the PC or laptop they’ll purchase will have a decent capacity in its storage drives, for a very simple reason: it costs the factory about the same amount to produce hard drives that hold 256GB, as it does to produce 512GB drives. In this situation, providing more storage just makes more sense… especially once you factor in the exponential increase in demand for storage.

The sheer amount of data that the human race produces is staggering. Estimates say that, as of 2020, each human being on Earth is creating 1.7MB each second. Remember the 3.5-inch floppy disks? One of those could hold about 1.4MB. So, crunching the numbers, humanity is filling the equivalent of eight billion of them every second.

So, how is it that storage isn’t the issue? Simple—we’ve moved beyond these kinds of storage solutions.

Modern drives can now hold exponentially more data and run faster and more efficiently to a similar scale. Taking an average new PC off the shelf, its built-in storage capacity would exceed that of around 750,000 floppy disks. Besides, most data storage happening nowadays takes place in the cloud. Google, Amazon, Facebook, and countless web hosts, businesses, and others now collect and store it on the user’s behalf.

To come back to our point, with all of this taken into consideration, the 1TB drive that was built into your PC really is a lot. Unless you’re using it for specific things—photography, video editing, 3D modeling, or gaming—you’re likely not going to need any more.

If a PC is in the office, this is even more the case. All a workstation’s data should really be stored in a centralized location, whether that’s a server on your network, or in the cloud. Your business’ purposes will dictate which is the better option for you—give us a call at (305) 447-7628 to work that out with us.

The point remains: capacity shouldn’t be your final metric for determining the PC you’ll use, unless you know for a fact you’re going to need a lot.

At the end of the day, your hard drive’s efficiency is really the defining factor. Modern PCs have considerable processing power, with 8-to-16 gigs of RAM being pretty standard. This leaves plenty to run office applications and other daily software titles. As a result, the speed of your hard drive could easily cause the biggest bottleneck in your operations.

For our purposes, there are two different kinds of hard drives.

Also known as mechanical hard drives, HDDs contain an array of shiny, spinning magnetic platters that are used to store your data. Seen as the standard for decades now, they are generally the most affordable option when comparing price by storage capacity. Capable of storing high capacities of data, they are often used in servers or backup devices nowadays.

SSDs use electronic data storage to work, and therefore have no moving parts. Reading and writing this data is much faster as a result, an outcome that impacts all a computer’s processes. These drives are expensive, but as prices have decreased they have become a much more reasonable purchase… especially when you consider the performance, reliability, and stability benefits you see from them.

We always recommend that any new workstation purchased should rely on an SSD as its main hard drive. Most desktops can have secondary drives added after the fact, and centralized storage and/or the cloud can also be considered viable solutions.

If you need more assistance in choosing the technology right for your business and its needs, give Inertia Group, Inc. a call at (305) 447-7628. We’ll help you make the best choice.

More posts from author
Wednesday, March 03 2021 Tip of the Week: Working with a Virtual Desktop in Windows 10
Monday, March 01 2021 What Can Be Done to Counter COVID-19-Themed Scams?
Friday, February 26 2021 Are Utilities as Secure as They Should Be? 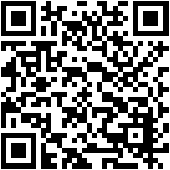